Click on image to view prices and titles   *Contact us to inquire about a piece. Ask us for gallery images of it! 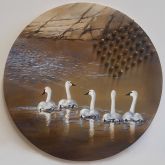 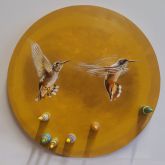 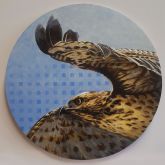 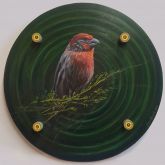 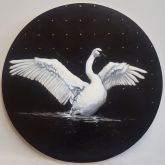 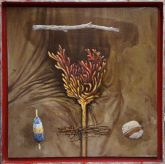 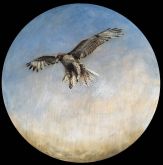 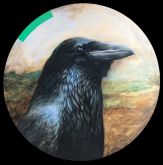 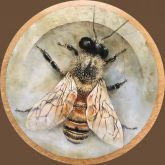 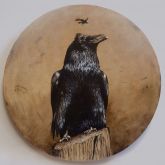 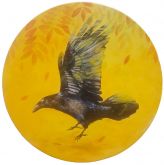 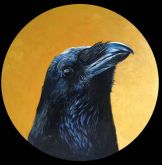 Johann Wessels was born in a small town in the middle of South Africa, to a ballet dancer mother and psychologist/photographer father. He spent two years in compulsory military service before doing a 4 year Bachelor’s degree in Fine Arts, finishing as the best student his graduation year. After working for several years in a variety of non-art related fields: fireman, paramedic, photographer, radio announcer and publicist, he realized his artistic calling and began a series of teaching jobs at university art schools at 6 different institutions, teaching history of art, drawing and printmaking. In 1999 he and his family left South Africa, did a spell in England and then arrived in Moose Jaw, Saskatchewan, Canada, where he worked for a time as digital cartoonist and illustrator, having his work published in books by Brian Jacques and Sean Cullen. The bright lights of TV and Film soon lured him to work in the small Saskatchewan film industry, getting him his first opportunity to work on the legendary “Corner Gas” for a few seasons. After that, "Tideland" with the director Terry Gilliam and a slew of other productions that saw him work as scenic artist, props builder and designer. In 2010, the writing was on the wall, the film industry had been dealt a fatal blow by the Saskatchewan government and he returned to his own creative work, being awarded an Arts Board grant which allowed him to field sufficient works for his first solo exhibition in Canada.

In 2011 he moved west to Penticton, BC where he continued to work in his studio, producing paintings, drawings and sculptures which featured most prominently in the Penticton Art Gallery and also in the Kelowna Art Gallery, with which he has had a particularly productive relationship. 2012 saw him producing a series of unusual public artwork sculptures, the series titled “Fossils from the future”, that were affixed to Kelowna downtown lamp poles, provocative works that appeared overnight; enigmatic “messages from the future”. In conjunction with the Kelowna Art Gallery, they produced a number of videos that fed into the conjecture around what the art meant. Between painting full time in his studio, Johann also does occasional work for the Okanagan film industry and large scale mural work for a variety of wineries.

About this series of Tondos

The tradition of painting on a disc or circular shape goes back to Renaissance and possibly before. Michelangelo painted in the Tondo format. Johann Wessels has photographed the wildlife visitors to his home neighbourhood over a span of several years, even developing a relationship with particularly, the ravens who feed off the mice and rats he traps.The tondo format seemed a logical choice for images acquired through the circular shape of the camera lens. It also adds a certain fresh dynamic to painted images, going away from the “open window” format of rectangular two dimensional artworks.  As animals live their lives under increasing pressure from human structures, the idea of introducing abstract elements, unrelated to the animals, added a level of meaning beyond mere life like rendering of the creatures.